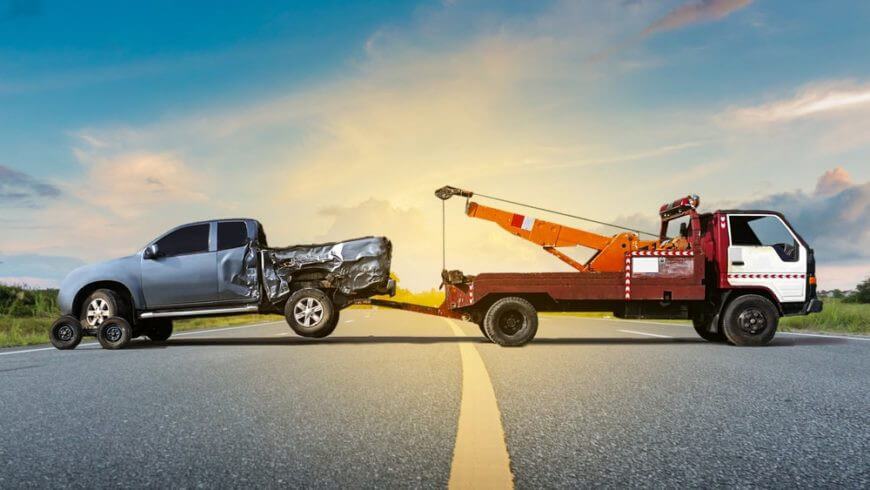 Jose Francisco Rael Jr.’s tow truck lumbered over to the side of the westbound 60 Freeway. It was rush hour, and a beat-up Chevrolet sedan was on the shoulder with a flat.

Rael paused before opening his door, peeked over his shoulder to ensure no vehicles would sideswipe him, and, once out on the asphalt, turned around.

He walked back to the front of his truck, giving him at least a tiny chance to jump from trouble.

As he crouched over asphalt, jacking up the Chevy to replace the tire, he was at his most vulnerable. Just a few feet away, cars and semi-trucks hustled by.

“I can feel their wind,” he had said earlier when asked if he knew when trouble was too close.

Sometimes, tow truck drivers get what they call a “tap on the shoulder” – brushed by a side mirror. Many others suffer worse. But what to expect from a reliable towing company? When you’re stranded and need emergency towing service.

All this makes driving tow trucks, especially on freeways, one of the country’s most dangerous jobs.

Only pilots, roofers, and fishermen had higher death rates if that statistic is compared to figures of other jobs considered by the Bureau of Labor Statistics for 2017.

Lawmakers have tried to help. In the nation, every state has adopted it is own “Slow Down, Move Over” law, California, in 2007.

It requires tow truck drivers to slow down and move over a full lane if they can do so safely when they see an emergency vehicle with flashing lights on a freeway shoulder.

“Some drivers, if they see a fire truck on the freeway, they know they have to move over,” said Patrick Sampson, the manager of motor services for the Orange County Transportation Authority, which oversees the local Freeway Service Patrol.

“But if they see a tow truck, they don’t. They don’t associate the appearance of a tow truck with safety.”

These specialized tow trucker drivers, funded by the state and the county that has them, pull over for every stopped motorist they find, giving stranded drivers a tank of gas or tow off of the freeway for free, aiming to keep overall traffic moving along.

“We haven’t lost anybody, but I had a driver get hit so hard that he never came back to work,” New said of Orange County’s fleet.

That driver was struck a few years ago while in the middle of the 5 Freeway, just south of the 91, when trying to tow a broken-down car to safety. Another vehicle slammed into the tow truck, sending him careening into the truck’s back window, head first.

He ends up with just cuts and scrapes – but that was enough.

New ticks off other near-disasters: A driver who got hit on his elbow, then narrowly missed a second strike as the car spun around. Another struck as he was stretching to grab a bucket in the lanes.

It can get much, much worse out there.

Mark Tornow, who owns and drives for Finish Line Towing & Transport in Long Beach, knows all of this too well.

Faapuna Manu, a 27-year-old father of three, was changing a tire on a darkened Cherry Avenue onramp of the 405 Freeway when a drunk driver in a 2005 Toyota struck him.

A recent morning, from behind the wheel of one of his trucks as he beelined to rescue a woman stranded by a flat tire in a sushi shop parking lot, Tornow recalled the crash that killed “Mac.”

“Mac was on the side of the road changing a tire at 2:28 in the morning,” Tornow said.

An EMT driving home from a holiday party plowed into the tow truck, and then the Mercedes Benz, right where Mac was kneeling down in the roadway.

“(The driver) spun out, then he hit the wall,” Tornow said. “When he woke up and saw what he did, he took some glass and tried to kill himself. … It’s dangerous out here.”

In February, in Sausalito north of San Francisco, an AAA tow truck driver helping a motorist stranded on the 101 Freeway was killed when a passing pickup truck lost control in the rain and slammed into the tow truck, which hit the AAA driver standing on the other side, killing him.

In June, another AAA driver was killed, this time in Castaic, as he was helping a driver on the 5 Freeway: A passing semi-truck hit the driver and fled, with the semi’s driver never found.

Erwin Mendoza Geremillo, a 47-year-old father from Castaic, was that AAA driver.

On June 29, he was buried at Forest Lawn Memorial Park, Hollywood Hills. Tow truck drivers from around the region attended his funeral.

On the road leading to the cemetery’s central white chapel, surrounded by rolling green hills, a dozen tow trucks lined up on either side. The jumpsuit-clad drivers hopped out, gathered, then headed into the chapel.

Most did not know Mendoza. But many knew a driver like him who had been killed. All have had close calls themselves.

Not long before, Johnny Perez, a 45-year-old tow truck company owner from Baldwin Park, was aiding a stranded motorist on the 10 Freeway when a semi-truck sideswiped his tow truck, shearing off a side mirror.

“I saw the semi kind of veering,” Perez, a former EMT, said near the parked tow trucks. “I jumped out of the way. If I hadn’t moved, I would have been hit.”

Mendoza’s assignment that night, the overnight shift, is one many driver’s dread.

“If it’s not stop-and-go traffic, it’s dangerous out there,” said Ken Wilson, an owner, and driver of Panorama Towing Service in Panorama City. “For the late shift, sometimes my guys don’t even want to go out there.

A driver could get distracted or misjudge the distance to the right shoulder. Or a drunk could come your way.

He and others say drunk drivers tend to drift in the direction of lights, including the amber LEDs on their tow trucks. “They want to go toward the lights.”

She and her husband, Steve, also a tow truck driver, own a towing company in Barstow and were in Hollywood Hills as well to honor Mendoza, who they didn’t know.

The couple has eight children and stepchildren – there’s plenty to worry about if either gets injured or killed out on the road.

“It’s like we’re resigned to more deaths,” she said. “But then something like this happens, and it reminds us that we’re vulnerable.”

The industry is recession-proof – in downturns, more people drive older cars, so tow services are needed more frequently. Some point out they like helping people.

Back on the 60 Freeway, Rael has just finished changing Chevy’s tire. He climbed back into the cab. Even though it’s early in the day, it was already warm out, and he was drenched in sweat.

“It’s constantly on my mind,” he said of the possibility of getting hit. “Looking for someone drifting over, not paying attention. If I see it coming, just making sure I don’t get hit.”

On the passenger side of his dashboard is a copy of “Our Daily Bread” sitting next to a taped-in-place wooden crucifix.

Just a week before, a semi-truck barreling along the 605 Freeway forced Rael, on foot, to tuck into a safer spot.

Rael was sure the driver was looking at his cellphone.

Rael mimicked the driver, looking up from a hand and saying, “‘Oh!’” There are a lot of benefits of having a roadside assistance service, that can come to your aid any time you need it.